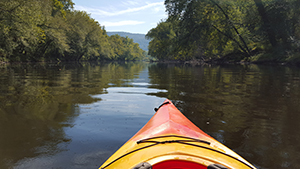 Waterkeepers Chesapeake and seven Riverkeeper organizations in Maryland, Washington, D.C. and Virginia, filed suit in early March in U.S. District Court for the District of Columbia against the Environmental Protection Agency (EPA) and EPA Administrator Regina McCarthy in a legal matter involving the removing 53 river segments in 17 Maryland counties and Baltimore City from a list of impaired waterways (local TMDLs).

“This case is not just about the EPA trying to shortcut what is required by the Clean Water Act,” said David Flores, Baltimore Harbor Waterkeeper. “It is also about the agency subverting the public’s right to participate in the cleanup of our neighborhood streams and rivers.”

This lawsuit challenges a regulatory action by the Maryland Department of the Environment (MDE) and EPA that followed the approval of the Bay TMDL (Total Maximum Daily Load, a regulatory term under the Clean Water Act). The legal action does not seek to overturn or undermine the Bay TMDL, recently upheld by the Supreme Court.

Speaking of Which… We Won! The U.S. Supreme Court Sides with Bay Cleanup Plan 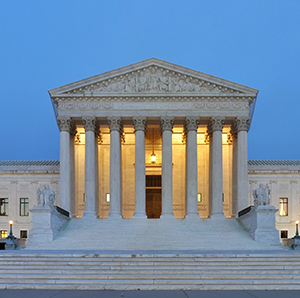 After a five-year battle, the Supreme Court of the United States agreed with the Environmental Protection Agency (EPA)-approved plan to to clean up the Chesapeake Bay. The decision to deny a challenge by the American Farm Bureau Federation and its allies supports a lower court ruling allowing the state-implemented, EPA-guided effort to reduce pollution in local rivers, streams and waterways.

“It is great to have this issue finally resolved so that we can get on with cleaning up our waterways instead of fighting over it in court,” said Betsy Nicholas, Executive Director of Waterkeepers Chesapeake. “Now we can focus on solid plans for cleanup instead of the legal hurdle to overcome.”

New federal regulations involving coal ash pollution has given power plants an incentive to quickly dewater coal ash ponds and then cap-in-place the remaining toxic coal ash. In Virginia, the Potomac and James Riverkeepers have been busy responding to the wastewater permits needed for the dewatering at the Dominion Power plants on the James River and on Quantico Creek, a tributary to the Potomac River. Findings from water quality monitoring at the power plants were beyond disturbing – elevated levels of hexavalent chromium, arsenic, lead and other contaminants were leeching out of outmoded coal ash ponds.

Along the James, Riverkeepers filed a notice of an appeal of the permit, which resulted in a commitment from Dominion Power officials to install enhanced treatment of the coal ash wastewater at the Bremo Power Plant. Community pressure helped make this happen. Next up, is the wastewater permit at the Chesterfield plant. 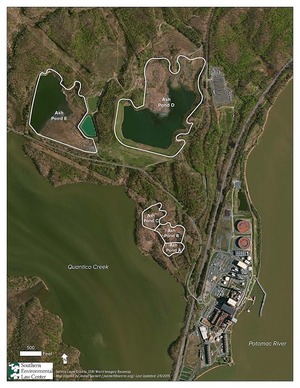 Further north, the Potomac Riverkeeper and the State of Maryland are continuing their appeals of the wastewater permit. Along with a growing coalition of community and environmental groups, they are also seeking answers to the 27.5 million gallons discharge of untreated coal ash wastewater in May 2015.

On both rivers, the next step will be the solid waste permits. Be sure to follow the fast-moving developments on this story and others involving Dominion Power at the websites of the James River Association and Potomac Riverkeeper Network. Get involved! Sign up for their newsletters to receive action alerts. 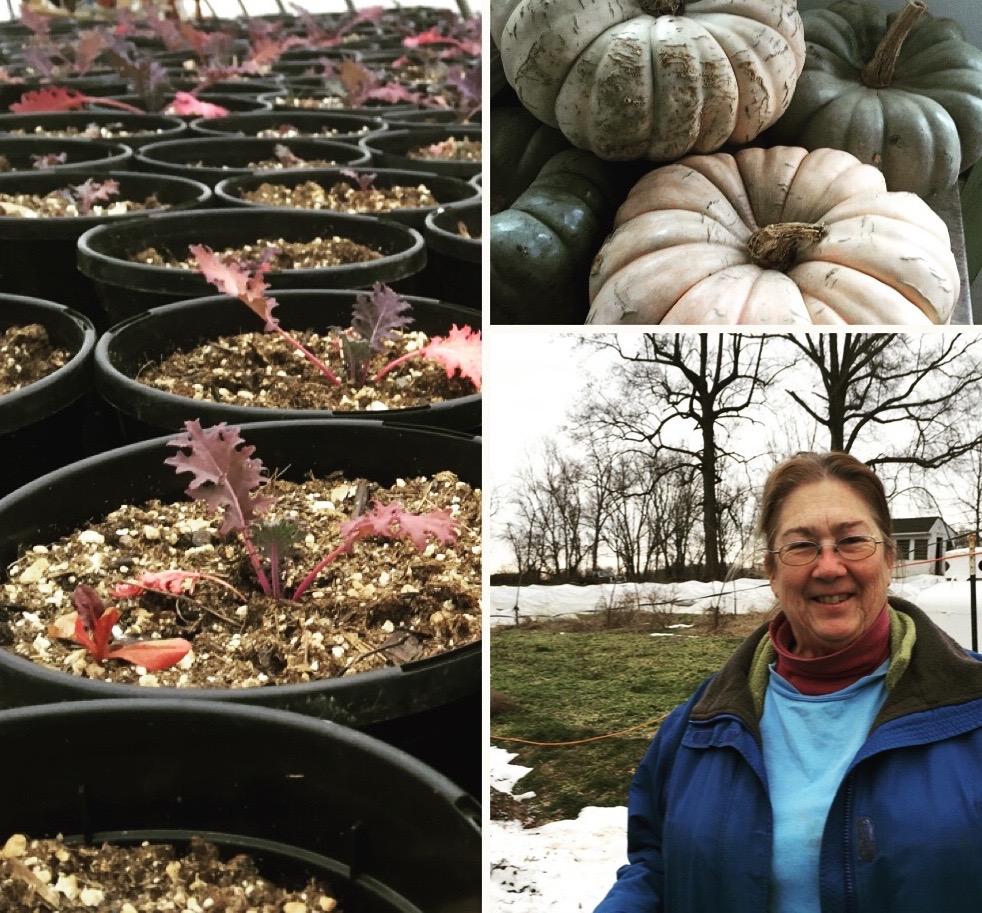 With the December launch of
Fair Farms, the energy behind the campaign has been encouraging. We have garnered 14 members on our Farmer Advisory Council to help us with policy advice. Alongside them, we have  60-plus Partners, including sustainable farms, farm markets, public health advocates, green businesses, and environmental organizations.

We have already had thousands of people
take the pledge to be a Fair Farms consumer, vowing to pay attention to their food choices and using their buying decisions to drive demand for sustainably-grown products in the marketplace.READ MORE

Blue Water Baltimore and the Baltimore Harbor Waterkeeper filed a notice of intent to sue a chemical factory for releasing more than twelve times permitted levels of nitrogen pollution into a tributary to the Patapsco River and Chesapeake Bay. The Erachem Comilog Inc. plant was the single largest industrial source of toxic pollution to Maryland’s waterways and the fourth largest source of toxic pollution to Maryland’s environment overall in 2014.

In December, Gov. Larry Hogan quietly ended Maryland’s Oyster Recovery program on the Eastern Shore. The project, funded by the legislature through 2016, was being executed by the Army Corps of Engineers through the Maryland Department of Natural Resources.
The abrupt end to the program stunned Riverkeepers, scientists, and environmentalists who had strong evidence of the rebounding number of oysters. 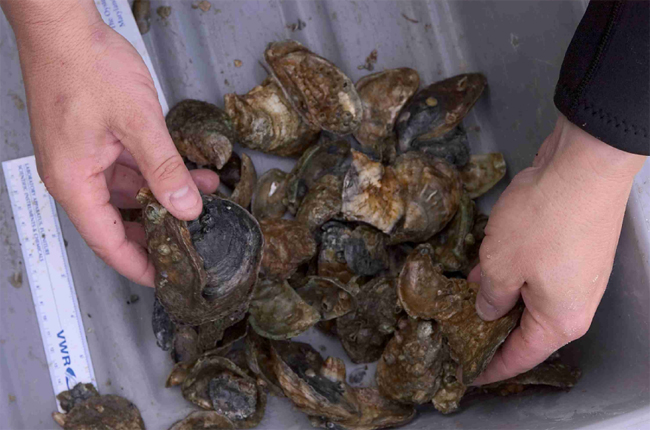 These diligent bivavles can clean up to 50 gallons of water a day, working to constantly filter the water. Unfortunately, they exist at a paltry one percent of historic levels in the Chesapeake Bay.

Riverkeepers rallied to create an action alert for Governor Hogan, but it was an act that was not easily undone. Once Gov. Hogan cut the project, the Army Corps shifted its oyster work to Virginia. So, even though Maryland’s Eastern Shore oyster population won’t benefit, there will be additional work ongoing in the Norfolk area.

Progress in the Maryland Legislature

Waterkeepers Chesapeake has been working hard in the Maryland legislature during its 90-day session, monitoring legislation, co-sponsoring bills, delivering written and oral testimony and more.

We’ll send a policy wrap-up when legislators finish their work in mid-April. For now, enjoy this photo of our rally (in the rain) in support of the Poultry Litter Management Act. Many thanks to all who came out in support! 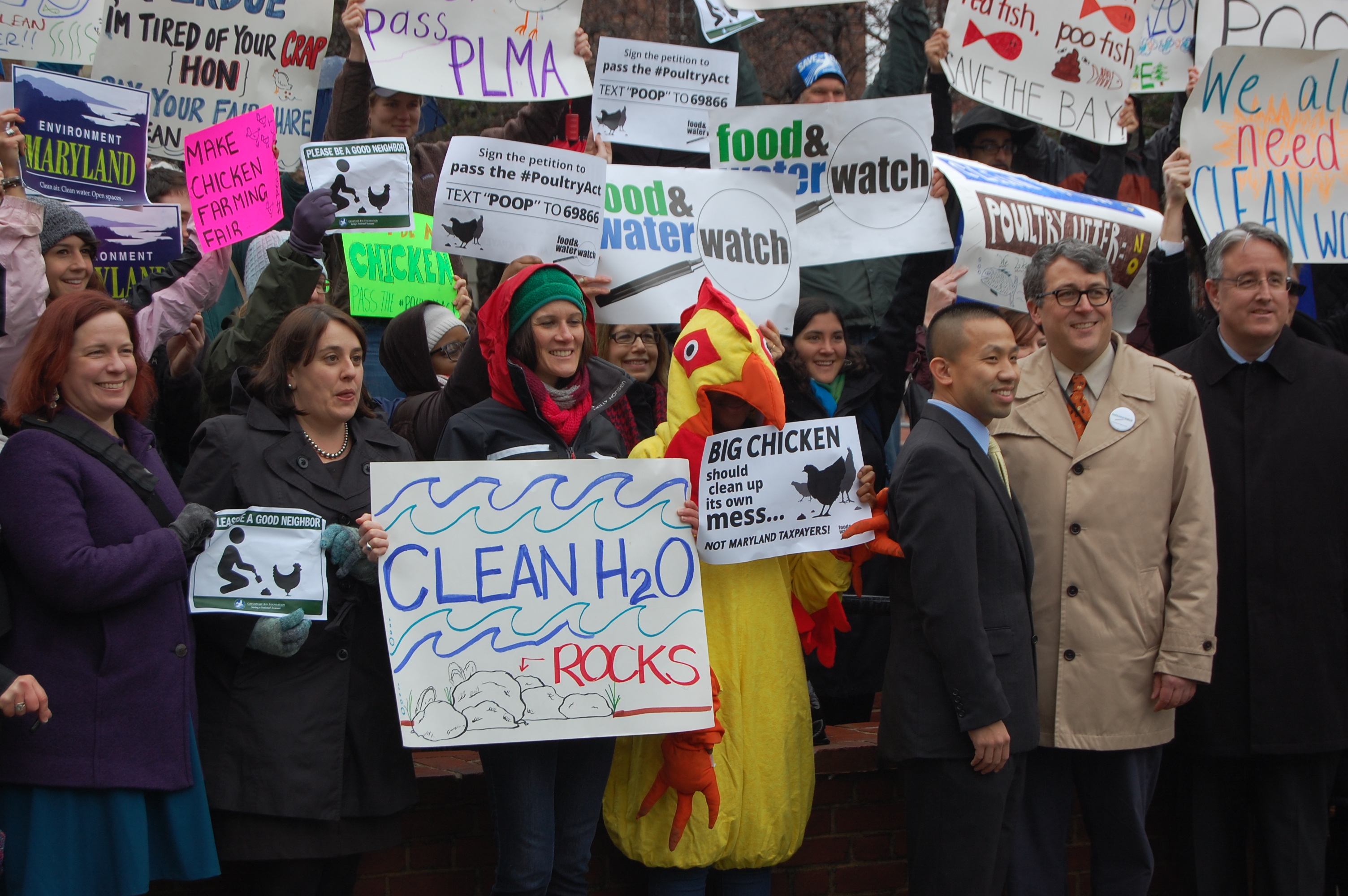 Our hardworking Riverkeepers, Coastkeepers and Harborkeepers are constantly adding events to the calendar. If you’re looking for a way to enhance your involvement in the cause of swimmable, fishable, drinkable and clean water, please check out our Calendar of Events.